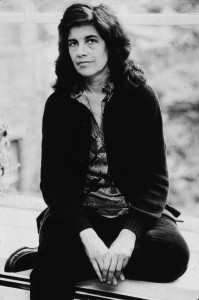 The late Susan Sontag was an enigmatic writer, cultural critic and polymath whose prodigious output included essays, novels, films, criticisms, plays and more. She won numerous awards, including the National Book Award for the novel, In America and was once called the most intelligent woman in America. Sontag found that comment insulting however, as it “implies that the category of intelligent women is substantially smaller than that of men.” She wrote extensively about photography, culture and media, AIDS and illness, human rights, and leftist ideology. “What I like about writing,” she said, “is it’s a way of paying attention to the world.” The 2014 film by Nancy D. Kates, “Regarding Susan Sontag” airs on HBO on Monday, December 8th. Watch the trailer: