Susan Goldberg of National Geo is the 2015 EWIP Honoree 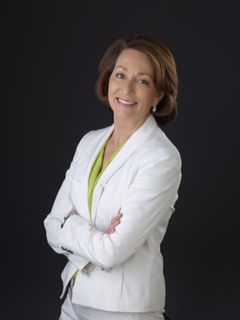 Exceptional Women in Publishing announces that Susan Goldberg, editor in chief of National Geographic magazine is the seventeenth recipient of the Exceptional Woman In Publishing Award. The 2015 Exceptional Woman in Publishing Award will be presented to Ms. Goldberg at the award celebration during the 2015 Women’s Leadership Conference in Berkeley, CA on March 26, 2015. “Having more women achieve success in newsrooms—and doing what I can to help make that happen—has been one of my goals for many years,” says Ms. Goldberg. “I’m delighted that EWIP is also working to make this goal a reality. I’m honored to be included with this wonderful group of women.” [Press Release]

In April 2014, Ms. Goldberg was appointed editor in chief of National Geographic, the eighth largest magazine in the U.S. Under her leadership, National Geographic is working to make the venerable brand a must-read, creating a daily destination for readers online on such topics as the environment, climate change, scientific breakthroughs and species preservation. Read her bio.

EWIP selects an accomplished woman each year to receive the Exceptional Woman in Publishing Award. Past honorees have included: Gloria Steinem, Kara Swisher of Re/code, Susan Taylor, founding editor of Essence; and Ardie and Marie Rodale of Rodale Press. The complete list is here.