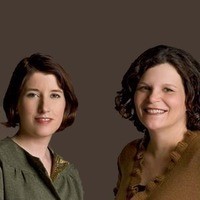 Exceptional Women in Publishing is thrilled to announce that Monika Bauerlein, chief executive officer, and Clara Jeffery, editor in chief, of Mother Jones magazine is the seventeenth recipient of the Exceptional Woman In Publishing Award. This annual award is normally given to a woman who has achieved a high standard of professional excellence and has made extraordinary contributions to publishing.

This year, EWIP honors two extraordinary women: Bauerlein and Jeffery are smart, fearless leaders whose work has helped transform the nonprofit news organization into a key player in global media. During their tenure, Mother Jones’ coverage of everything from politics and climate change to education and food has won awards and recognition—and more importantly, has made a difference.

The evening includes a conversation with multimedia journalist Jessica Buchleitner to discuss female leadership, the pros and cons of sharing power, and social justice issues in investigative journalism.

The pair are uniquely qualified to address these topics, having been co-editors at Mother Jones since 2006 and simultaneously promoted to their current positions in 2015. (Founded during the bicentennial, Mother Jones is celebrating 40 years as an independent progressive voice in media.) They were the central architects of Mother Jones’ evolution from a print magazine to a multi-platform news organization and award-winning investigative powerhouse. As a result, said judges who selected them for a PEN American Center award in 2013, Mother Jones influences “everything from the gun-control debate to presidential campaigns.”

Bauerlein and Jeffery join a long list of outstanding women who have been honored by EWIP, starting with feminist icon Gloria Steinem in 1999 to National Geographic Editorial Director Susan Goldberg in 2015. In keeping with EWIP’s mission to educate, empower and support women in publishing, our awardees have achieved prominence in their careers, made extraordinary contributions to the field, and demonstrated success and leadership in exceptional ways.