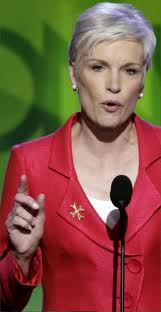 In the standoff earlier this spring, Congress nearly shut down the federal government over a battle to defund Planned Parenthood. The measure was voted down in the Senate (42-58) at the last minute, in part by the outpouring (OUTRAGE!) of support, from citizens who know that many millions of families rely on the services available at Planned Parenthood health care clinics.

Today, a half century after Griswold vs. Connecticut, the landmark decision by the Supreme Court that declared it unconstitutional for state law to prohibit the use of contraceptives for married couples, the ability of many American families to get birth control information and routine women’s health care services is seriously under attack.

The restrictive rider in the Federal budget failed, but many states, including Kansas, Indiana, North Carolina, New Hampshire and Texas are continuing the attack on reproduction rights and are preventing women from getting the essential care provided by the 800 health centers around the country. The intent of the anti-abortion activists is to restrict all family planning activities and make it harder for the most vulnerable populations in these states to get many general health services including screenings for cervical cancer, preventative breast exams, treatments for STDs and HIV.

Want to know more? Cecile Richards, president of Planned Parenthood Federation of America will speak in San Francisco on Tuesday, June 14th at the Commonwealth Club of California, 595 Market Street.