We’re biased, but the 2017 EWIP Leadership Conference has a jaw-dropping line-up. Yes, it’s nice to say you want to support leadership aspirations for women across all publishing disciples. Truth is, female or male, student or veteran, you want to attend this one-day conference for access to the smartest minds, most effective tacticians, the savviest strategists, and the defenders of your rights.

One speaker alone represents a billion users (can you guess which one?), so imagine the reach these panelists represent. See you March 30 at the University of California at Berkeley. (Read here for the complete schedule) 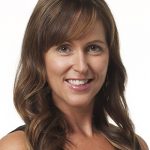 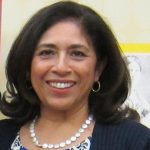 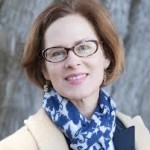 Standing Together, Taking a Stand: How far have we come? In the past few years, we have seen more, not less, leadership academies aimed at addressing the glass ceiling, among them the ONA-Poynter Leadership Academy for Women in Digital Media, and ONA’s Women’s Leadership Accelerator. Binders Full of Women, a Facebook secret group, had 30,000 women within six months of launching. Yet, as we’ve seen from a divisive election campaign, women still have to push relevant issues of harassment to the forefront of conversation. We still have to deal with “statistics” claiming women leaders fail. Now more than ever, media and marketing have to be vigilant that the facts get out there. (Krutch Theater | Jess Barron, Elmy Bermejo, Holly Kernan, Katharine Rowlands, Linda Ruth, Thea Selby, Leigh Stein) 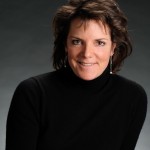 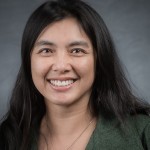 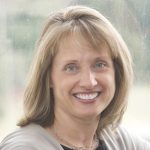 Not In My Sandbox:Fighting unconscious bias and gender equality by knowing your rights. It has been 53 years since the Civil Rights Act of 1964, 45 years since Title IX, eight years since the passage of the Lily Ledbetter Pay Act, and a year out from FOX’s Gretchen Carlson lawsuit and the infamous Access Hollywood leak. Even as information such as pay rates become more transparent, a new generation of women has ‘discovered’ that workplace harassment, while much improved, still exists. And among the generations who blazed trails, only some are speaking out now on endemic sexism. Publishing is a unique industry, with some disciplines dominated by women and overall with the straight-talking environment needed in newsrooms to cover hard-hitting social issues and in publishing houses with its predominantly female consumers. Also, the more casual attitudes can make it more difficult to gauge the new boundaries in today’s newsrooms and publishing houses. How do women step up, without isolating themselves in safe spaces? What policies need to be enforced in your workplace or business? And when do you decide to fight the trolls on behalf of your customers, when it might mean fighting company policy? Forget drawing a line in the sand: it’s time to build a whole new sandbox. (Kate Byrne, Roberta Steele. Moderator: Vera Chan) 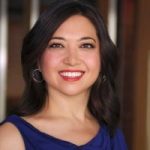 From Crossroads to Intersection: How all roads lead to you. Loyalty isn’t dead, but it sure isn’t what it used to be. Layoffs, turnovers and job-hopping are the new normal. Some Millennial recruiters look askance at job longevity, seeing it as a marker of stagnancy. Instead of interviews, job applicants are asked to do projects as proof of your worth, and even then there are no guarantees. In other words, we have all become our own freelancers, independents, vendors — and masters of all our destiny. Embrace the opportunity, and see how these women decided to make their own rewards. (Rochelle Bailis, Wanita Niehaus. Moderator: Kate Byrne) 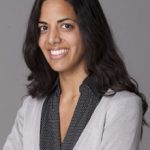 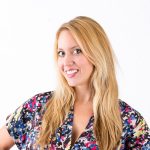 Who’s There? Developing the audience you want and need. You create and publish great stuff, but if you don’t have an audience (or two or three), it’s all for naught. And to grow your publication and brand, whether you’re a big company, sole operator or part of a startup, you need to grow audience continuously. Come hear audience development pros describe what they do, how they do it and why it’s so critical. You’ll take away their tips and insights on connecting with your core audience, finding audiences you never thought you had, and how to leverage opportunities – including new content, products, distribution models, programming and customer care—to grow audience and keep them engaged. (Indu Chandrasekhar, Lia Haberman, Lisa Raphael. Moderator: Stephanie Blake) 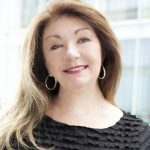 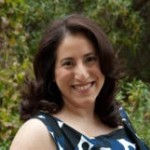 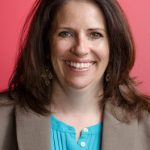 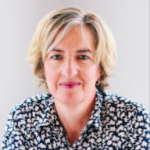 Event as Brand, Platform and Distribution. As any social butterfly can tell you, how you throw a party — or any kind of gathering — reflects on your brand. Why publishing companies and newsrooms have begun embracing events as part of their audience engagement as well as practical tips on what types of events fit certain branding goals, what apps/ticketing process can ease planning and help with retention, and the all-important follow-up. (Michela Abrams, Liz O’Donnell, Tracey Taylor. Moderator: Lila Lahood) 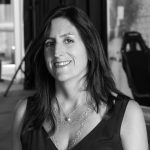 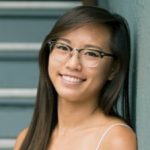 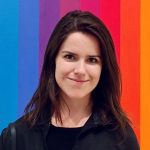 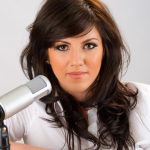 Live Now… Video’s Third Wave. Video may have downsized to fit in the palm of our hands, but platform ubiquity has made it more powerful than ever. Social media companies have banked their appeal on videos, and giants like Facebook and Twilight are heavily investing in this area with livestreams, challenging the primacy of traditional broadcast. Now the definition of video becomes even more fluid with augmented reality, as seen with Pokemon Live’s summer breakout, and big bets in virtual reality. (Nonny de la Pena, Jennifer Duong, Stephanie Engle. Moderator: Elle Toussi) 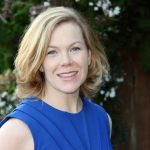 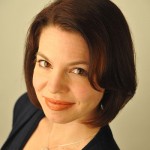 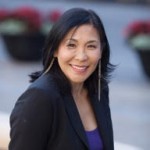 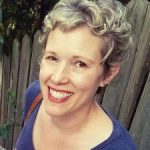 The Art & Science of Making Money. Seasoned businesses and startups are trying to monetize content and other products in different ways, including sponsorship, freemium, subscription, native advertising and more. How will it ultimately play out? Hear from leaders on what their publications/companies are doing; what’s working; their predictions for the future; and how these strategies will impact audience, the industry and entrepreneurs who want to get in the game. (Margaret de la Luna, Jory des Jardins, Anne McSilver. Moderator: Katharine Fong)

24-7: How to reclaim your life in a relentless technological pace. France may have passed a law limiting checking your work email, but we Americans don’t have that luxury: Technology has made us 24-7 workers, to the point that companies like Apple and Facebook include egg-freezing as a “fertility perk.” Work-life balance is an age-old issue that applies to women and men alike, from laborers to CEOs. Yet the promises of flex time, telecommuting, and family leave haven’t smoothed the career-track advancement, especially for the “sandwich generation” who have become caregivers for children and the elderly. What are our laws governing private and work life, how do we map out a long-range strategy understanding the realities of the “time-out penalty,” and movements can we support to promote a healthy workplace for all people? (Elmy Bermejo, Stacey Brooks Delo, Kristen Go. Moderator: Deborah Todd) 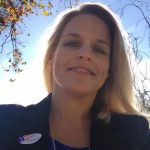 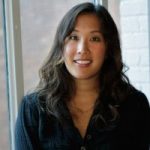 A Numbers Game: Pivot to data and product thinking. While the Silicon Valley advice to fail fast and fail frequently might be a bit overstated, publishers have learned–at their peril–of the need to be ready to pivot and adapt to the breakneck speed of innovation and competition. The Bay Area business environment in particular is subject to at least three realities: a plenitude of startups, tech giants, and a concentration of media power in New York. The ability to pivot quickly is less grounded in marrying church and state, but having a “product mindset” and a firm grounding in big data. (Jess Barron, Melissa Gunning, Marisa Wong. Moderator: Vera Chan) 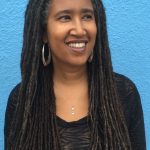 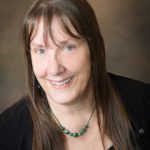 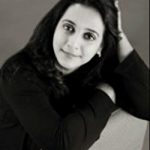 We’re excited to feature Changes in Book Publishing, organized and moderated by dynamo and Fuse Literary Agency founding partner Laurie McLean. (agentsavant.com, Facebook.com/laurie.mclean). McLean truly embodies an exceptional woman in publishing, having worked in a newspaper, CEO of a Silicon Valley publicity agency and nearly a decade years as an agent and senior agent at Larsen Pomada Literary Agents in San Francisco. She helps put together the San Francisco Writers Conference, one of the premier gatherings in publishing. The panel, which will round out an exhilarating day, gives an insider look at an industry in tumult as technology redefines the relationship among authors, publishers and readers. (Krutch Theater | Aya de Leon, Vanessa Hua, Kerry Lonsdale, Naheed Senzai, Brooke Warner, Lisa Westmoreland. Moderator: Laura McLean )

The Yale Publishing Course (YPC) is a week-long intensive classroom-based course for mid- to senior-level book and magazine media professionals in all areas of publishing: management, editorial, business development, digital strategy, design and production, advertising, sales, and marketing. With a challenging and timely curriculum, YPC focuses on introducing you to new strategies and ways of thinking in a highly intimate seminar environment. The YPC experience exposes you to an international network of peers and an expert faculty composed of Yale faculty and thought leaders in the industry.

Applications are now being accepted for the 2015 “Leadership Strategies in Magazine Media” program, taking place July 12-17. Enrollment is limited. EWIP members qualify for 10% off tuition with promo code YPC10EWIP. For more information and to apply, click here. The application deadline is June 1, 2015.

YPC has also launched a new scholarship this year, the YPC Innovative Leader Scholarship. The deadline to apply for the scholarship is April 24, 2015.

About this Event: Taking Risks, Blazing Trails
Our seventh Women’s Leadership conference promises to inspire and inform content creators of all stripes. With our signature all-female speaker roster you can dive into three program tracks: creating top-notch content, reaching more readers, and the best strategies for making money. Sessions will include exceptional speakers, engaging panel discussions, and hands-on training. Join us for the day of learning and celebrate with the EWIP Award presentation and cocktail reception. Taking risks and blazing trails is all about connecting with people and ideas that will help you transform your career.

There are numerous publishing and media industry conferences and events on the horizon. To help you with your autumn travel plans, we compiled a list of some of our favorites around the country. The right industry event can help you be informed of advances, ensure that you stay motivated, and connect you with colleagues you will surely want to see again.

Do you want EWIP followers to know about your event? Send us a note here.
~~~