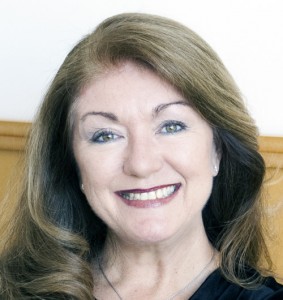 EWIP is pleased to announce that Michela O’Connor Abrams is the 2012 Exceptional Woman in Publishing Award recipient. Ms. O’Connor Abrams will be presented with the award at the fourth annual Women’s Leadership Conference on March 7th in San Francisco. Exceptional Women in Publishing has bestowed this honor that recognizes publishing and media’s best female leaders, since 1999. Ms. O’Connor Abrams is the fourteenth recipient of the annual award that includes Gloria Steinem, Katrina vanden Heuvel of The Nation, Laurel Touby, founder of mediabistro.com, and Ardath and Marie Rodale of Rodale, Inc. The full list can be viewed here.

Michela O’Connor Abrams is president of Dwell Media, an award-winning media company founded in 2000. Her nine years of leadership there has led to General Excellence at the National Magazine Awards, a 2009 finalist in the corporate category for the prestigious National Design Awards, and National recognition for both circulation growth and newsstand sales. In 2005, she conceived and launched Dwell on Design, the largest design show on the West Coast hosting 20,984 design professionals and enthusiasts. She has led the development and growth of Dwell Media’s digital platforms including web, mobile, and tablet products which were recently recognized as “#1 Most Innovative” in Affinity Research’s August 2011 survey.

Ms. O’Connor Abrams was honored in 2005 by Media Industry News as Sales Leader of the Year. She is President of the Board for Goodweave (formerly RugMark), Chairman of Home & Gift for Project Angel Food’s Divine Design, sits on the boards of Magazine Publishers of America’s Independent Magazine Advisory Group, Linguastat, Halogen Media, Afar Media, and serves on the Board of Trustees for Marin Horizon School.

Michela O’Connor Abrams has been a strong supporter of EWIP (and WIPP) for many years and has presented at the 2009, 2010 and 2011 Women’s Leadership Conferences. She is the first recipient of the EWIP award who hails from the West Coast. Please join the EWIP board of directors at the conference luncheon to celebrate and honor this dynamic woman, who is, for all who know her, leadership in action!
Congratulations, Michela!