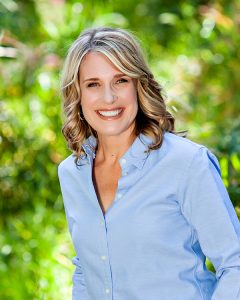 The book publishing panel gives an insider look at an industry in tumult as technology redefines the relationship among authors, publishers and readers. Westmoreland is a 10-year veteran of the publishing industry, during which time the Big Six became the Big Five. Warner, former executive editor at Seal Press, launched SheWrites in 2012 with Kamy Wicoff in response to the ever-increasing barriers for talented aspiring writers. The hybrid publisher, which has signed more than 100 authors, has been growing during a time when the combined share of books published by authors and micro-publishers take up 42 percent of the market share, compared to 34 percent from “Big Publishing.”

The panel will also give insights from authors, including:

The publishers panel, is organized and moderated by dynamo and Fuse Literary Agency founding partner Laurie McLean. McLean truly embodies an exceptional woman in publishing, having worked at a newspaper, then spending 20 years as the CEO of a Silicon Valley publicity agency and nearly a decade as an agent and senior agent at Larsen Pomada Literary Agents in San Francisco. She is the co-director of the annual San Francisco Writers Conference, one of the premier gatherings in publishing.

The session will conclude the leadership conference that includes sessions on personal branding and business strategy across all publishing disciplines, as well as the annual Exceptional Woman award, to The Hollywood Reporter/Billboard media group co-president Janet Min.

Exceptional Women in Publishing was established in 1998 to educate, empower and support women in publishing and to educate, empower and support women and girls through the power of publishing. In addition to events, workshops and trainings offered throughout the year, EWIP presents its signature Women’s Leadership Conference each spring, and honors an Exceptional Woman in Publishing. For more information about EWIP and to join, see ewip.org or email info@ewip.org. Tickets are available through EventBrite.

Standing Together: 20 Years of Exceptional Women

8:00 AM Registration and breakfast

9:00 AM Breakfast Panel Standing Together, Taking a Stand