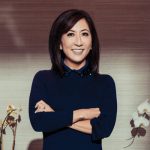 Min, strategist with Eldridge Industries and former co-president and chief creative officer of The Hollywood Reporter-Billboard Media Group, will be honored at EWIP’s Women’s Leadership Conference on Thursday, March 30, 2017, in Berkeley, Calif. The conference theme is “Standing Together: 20 years of Exceptional Women in Publishing,” and celebrates EWIP’s 20th anniversary.

“Janice Min is a true visionary and innovator in print and digital publishing,” said EWIP President Vera Chan. “She’s a leader and turnaround artist of the highest caliber, successfully remaking publications on both coasts and expanding their reach in new arenas. We are excited to recognize her.”

Under Min’s leadership, The Hollywood Reporter (THR) has won multiple awards, including a National Magazine Award for General Excellence, Special Interest, in 2015 and 2016.

Min rose to prominence as the top editor of Us Weekly which she remade into a consumer and advertising juggernaut. She took the helm of THR in 2010, engineering one of publishing’s biggest media turnarounds. In 2014, she also took over Billboard with similar results. Today, The Hollywood Reporter-Billboard Media Group reaches more than 24 million readers a month online, with a social footprint of more than 20 million.

Min has also led a move into live events and television, executive producing THR’s award-winning entertainment roundtable series for A&E and SundanceTV. Video from THR and Billboard, with online shows airing from every film and music festival, is on Facebook, and Min oversees the entertainment news groups’ dedicated Facebook Live team.

Min helps elevate women in media through Billboard’s annual Women in Music show, Woman of the Year, and Women in Music list, which identifies the 50 most powerful female executives in the industry. THR presents an annual Women in Entertainment VIP breakfast, which honors a female pioneer and leader in her industry with the Sherry Lansing Leadership Award.

Min, a graduate of Columbia College and Columbia’s Graduate School of Journalism, currently serves on The Paley Center for Media’s Los Angeles Board of Governors.

Attend this high-energy day and make connections with women and men whose ideas, stories, and experience will help transform your career. For details about the conference and for early bird tickets and ticket packages, go to the Conference page on ewip.org or directly to EventBrite.

About the Exceptional Woman in Publishing Award

Each year EWIP honors an accomplished woman with the Exceptional Woman in Publishing Award. We select someone who has achieved prominence in her career, made extraordinary contributions to publishing, and demonstrated success and leadership in nontraditional and/or exceptional ways. Recipients, beginning with Gloria Steinem in 1999, inspire all of us. Click here for a list of awardees through the years.

About Exceptional Woman in Publishing

Exceptional Women in Publishing was established in 1998 to educate, empower and support women in publishing and to educate, empower and support women and girls through the power of publishing. In addition to events, workshops and trainings offered throughout the year, EWIP presents its signature Women’s Leadership Conference each spring, and honors an Exceptional Woman in Publishing. For more information about EWIP and to join, see ewip.org or email info@ewip.org. Follow EWIP on Twitter, Facebook and LinkedIn.

About this Event: Taking Risks, Blazing Trails
Our seventh Women’s Leadership conference promises to inspire and inform content creators of all stripes. With our signature all-female speaker roster you can dive into three program tracks: creating top-notch content, reaching more readers, and the best strategies for making money. Sessions will include exceptional speakers, engaging panel discussions, and hands-on training. Join us for the day of learning and celebrate with the EWIP Award presentation and cocktail reception. Taking risks and blazing trails is all about connecting with people and ideas that will help you transform your career.

The audience of 250 mostly professional women were charmed by her wit and stories.  She began by mentioning the definition of the “exceptional” and was pleased to discover, that in addition to its meaning as “outstanding, remarkable, and excellent,” it also means “unusual, abnormal, and weird.” Being abnormal, Swisher admitted, has been a positive thing in her profession.

Swisher found success by grasping what the Internet meant early on and deeply understanding the consequences of the next new thing out of Silicon Valley. She has chronicled the emergence of digital technologies as the grand disruptor of old media and continues to gain insight, she says, by watching her young sons and other digital natives, interact with media from a whole new set of expectations.

The 2014 EWIP conference featured dozens of speakers in ten sessions covering a range of topics. To learn more about EWIP, watch the videos at our YouTube channel. Video by Stacey McKenzie. Check us out and view photos on Facebook. Connect with others on LinkedIn and if want to be notified about our future events and happenings be sure to sign up on our mailing list.

What Exceptional Woman in Publishing has inspired you?

For our 16th consecutive year, EWIP will recognize one woman whose outstanding achievements have made a significant contribution to our industry. Who do you know who has created strong new products; who has broken new ground in publishing; who has led the transition from print to digital; who has mentored you or others?  Tell us about her and we will consider her for our 16th annual Exceptional Woman in Publishing Award, to be presented at our Sixth Annual Women’s Leadership Conference, to be held on March 5th in San Francisco.

Let us know about the Woman in Publishing who has made a difference in your career; and mark your calendar to join us when we present the award.