Media companies can no longer afford to focus on a single channel. And driving audience, engagement and ROI for advertisers is top of mind no matter the platform. What are the best strategies and tactics that deserve your attention and limited resources? 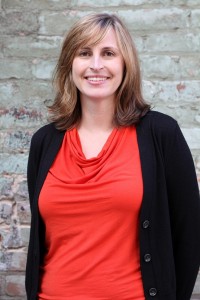 Laura Simkins, COO at Afar Media, will share her experiences on launching in the crowded travel and shelter categories. She’ll discuss both successes and failures that drive engaged audiences that also deliver for advertisers. Laura is a media veteran of over 18 years including the launches of Afar, Dwell and 8020 Media.

To join us, register here.

EWIP and the Association of Audience Marketing Professionals (AAMP) co-sponsor this speaker series for Bay Area media and publishing professionals.

Journalism and Women Symposium announces their 2015 annual event. The Conference and Mentoring Project (CAMP) will be taking place this year at the Grouse Mountain Lodge in Whitefish, Mont., from Oct. 9 to 11. This year is extra special as JAWS celebrates its 30th anniversary.

EWIP members can register at the discounted rate by using this code: “2015CAMPpartner” on the registration form.

The Yale Publishing Course (YPC) is a week-long intensive classroom-based course for mid- to senior-level book and magazine media professionals in all areas of publishing: management, editorial, business development, digital strategy, design and production, advertising, sales, and marketing. With a challenging and timely curriculum, YPC focuses on introducing you to new strategies and ways of thinking in a highly intimate seminar environment. The YPC experience exposes you to an international network of peers and an expert faculty composed of Yale faculty and thought leaders in the industry.

Applications are now being accepted for the 2015 “Leadership Strategies in Magazine Media” program, taking place July 12-17. Enrollment is limited. EWIP members qualify for 10% off tuition with promo code YPC10EWIP. For more information and to apply, click here. The application deadline is June 1, 2015.

YPC has also launched a new scholarship this year, the YPC Innovative Leader Scholarship. The deadline to apply for the scholarship is April 24, 2015.

A writer, blogger and media strategist, Jory created BlogHer 10 years ago with two partners. They took blogging seriously, and built an organization to give women writers greater opportunities to reach a wider audience, make money and form a community.

As the keynote speaker for the Exceptional Women in Publishing’s 2015 Women’s Leadership Conference, Jory will detail her career adventure and the process of growing BlogHer and their annual conference to the behemoth it is today.

BlogHer sites drew more than 100 million unique visits a month when it was sold last fall to SheKnows, a content network that publishes articles aimed toward women, in a deal reportedly worth $30-40 million. Jory is now the senior vice president of global strategic alliances at SheKnows, and specializes in strategic media and brand partnerships.

As an author, Jory has written on a multitude of women’s issues, business, relationships, and pop culture for outlets such as Fast Company, The New York Times, Good Housekeeping and Inc. Magazine.

A well-decorated woman, Jory has been presented with a variety of honors, including the Fortune Most Powerful Women Entrepreneur Award 2013, Forbes Top 100 Websites for Women (2013, 2012, 2011, 2010), and Working Mother‘s Most Powerful Moms in Media.

EWIP is proud to have Jory Des Jardins as the leadership keynote speaker with her talk “Who’s Paying for This? From Editor to Entrepreneur” at the 2015 conference. Join us on Thursday, March 26, to hear her exciting story, as well as those of other powerful women in media, tech and publishing.